Sonic Pattern and the Textility of Code is a series of events (symposia, performances, exhibitions) curated by Karen Gaskill (who until 2016 lead the Innovation strand of the Crafts Council) and Alex McLean. Through these events we bring people working variously with threads, sound and code together, for discussion and practice focussing on the cultural-technological role of pattern in their work.

As part of the Inhabiting the Hack series, we joined with the AHRC Weaving Codes, Coding Weaves project and Crafts Council to fund a symposium, evening of performances and group residency.

The Sonic Pattern group residency took place several months after the earlier symposium and evening of performances, bringing together emerging artists to explore the theme of the series. It was a three day residency, from 18-20th November 2015, with the artists being given an opportunity to explore work on pattern in sound, textiles and code, or go off on a tangent.

The resident artists were:

… as well as John Moseley (fabrication lab manager) and Jake Harries (creative director) of Access Space, who were hosting the residency and helping the artists access their facilities of a laser cutter, 3d printer and cnc machine, and general workshop facilities, among other things.

There were no particular expectations about what would be achieved over the 3 days, the idea was just to explore ideas. It’s was group residency, but no particular collaborations were forced.

The residency began with a half-day Tablet weaving workshop with Sarah Williams. 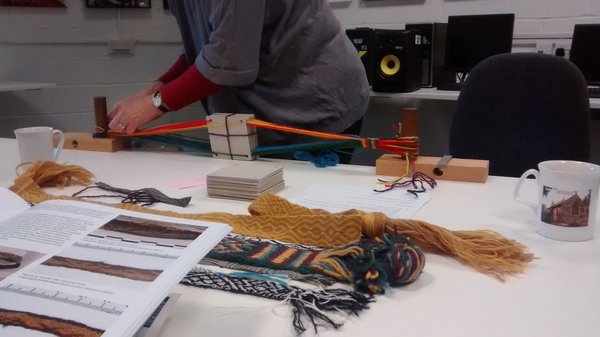 This brought focus on the structure of fabric, generated from complex interferences between simple elements, and how analogous aspects of pattern can be explored through code and/or sound.

Despite the lack of pressure, the participants produced a range of outcomes, detailed below.

Cat++ is a visual live-coding language based on feline behaviour.

The project has already gained attention online, including via an excellent blog post on the popular Creators Project blog. The source code is available on github.

Toni and Sean ended up collaborating on using sensors to capture the movements of sewing embroidery, and then visualising and sonifying that data. 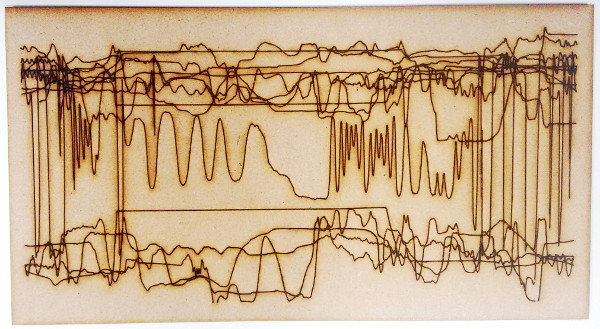 Sean has described what they got up to in detail on his blog.

Magda explored the potention of code to map between forms, in the below case transforming glitched images into laser etching. 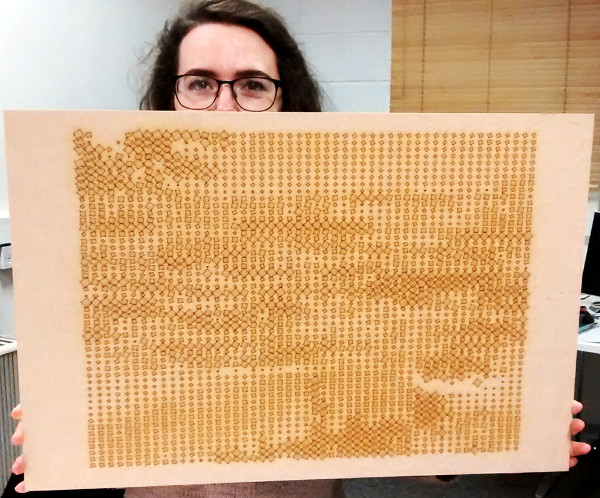 We closed the residency with a group performance, unfortunately the main recording failed but thankfully Jon Harrison was in the audience and captured it on his phone: